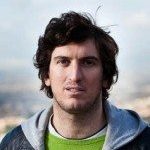 a table discussing stuff I get a picture in my head as to how that looks in a system, plugged into a database, and eventually touching a user via a bunch of channels. I would say architectural instinct in the wake of Internet technology has been a great blessing.
How Is this Talent Nurtured | Do some development. I didn’t study much raw coding, but there’s a ton of video’s and online tutorials that can get you going, you need to write lines of code and get some time at the coalface. Once you’ve begun building your own stuff, it gets addictive, and you begin to understand how systems plug together.
Do Business Analysis | Of all the modules at Rhodes Uni (I did the Business Science track), the BA modules, approaches, methodologies were the most important. In fact, bunk every other lecture and go surfing, except the BA ones! I’m not a fan of all the documentation that went along with it, but the ability to listen to developers in one ear, and business dudes in the other is a great tool.
Read Read Read | Not too much on geek methodologies, but more about the crazy stuff that geeks are up to. I typically use the Flipboard App on my iPad and read most nights about the latest startups and tech news.
Get out! | True-ass geeks are a tricky breed, they speak in fax-tones, struggle to hold your gaze, and wear Dungeons&Dragons t-shirts (always!). Do not become a true-ass geek. Go out, listen to music, go to gigs, festivals, ask Patsy for her phone-number, fall in love, fall out of love, hate Patsy, write bad ballads about Patsy, and have fun with other people. When you get into the market-place, you need to be able to build a business by interacting, and having fun with peeps.
A Key Driver | I would say that addiction to mission has been a key driver. For a long period I was a workaholic, and I’m not saying it’s always a good thing. But you need to be addicted to what you’re building – I’m trying to stay away from the word ‘passion’ – but it’s difficult.
Join A Rock Band | And give out free CDs to people that visit your business. It will disarm them, and if (heaven forbid) they like your music, they’ll always answer your emails first when their inbox is flooded!
Partner-Up | I know this is not true of everybody, but I have enjoyed a very fruitful partnership with a buddy from kindergarten. Where I’m a whacky, “let’s do everything” kinda guy, he is a more balanced/stayed geezer. It’s healthy to be able to share your successes and failures with a colleague.
Mentor-Up | My brother-in-law is possibly my biggest mentor. It’s important to have a shoulder to cry on when it comes to the big decisions.
Alter-up | My faith has played quite a big role in the last five years. After a long stretch the wilderness (rock’n’roll + London = wilderness) I joined an awesome church, did the whole small-group weekly home group stuff, and began sharing my anxieties from work. I understand this isn’t for everyone, but my faith, and the support it brought, was a major component.
I’m Currently Looking To Improve | My work-life balance, after a decade of revving it too hard. Every entrepreneur will burn the candle at both ends, but I think (watch this space) that once your service/vision has taken hold, you need to look out for your health, your family etc.
How I Use My Mind | This is my weakest area, and one that I’m trying to strengthen by looking at Mindfulness. But I’m too early into it to have anything worthwhile to add. All I can say is that my mind is currently awash with a zillion ideas, and while I think this is healthy for a phase – I feel it’s unsustainable, and that some techniques (exercise included) are needed to keep the beast calmer! 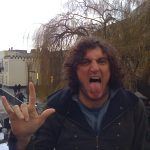 Lessons I Have Learnt | Have another passion – for me is was Mann Friday, a folk-rock band that’s still going after 13 years, and something that drew me closer to other artists into a space where lines-of-code, or sales forcasts didn’t exist. This is truly critical.
How I Deal With Doubt | I touched on this earlier with faith. For me it’s a large component.
Performing At My Peak | In the beginning I used to. I will confess that now we have the luxury of hiring other dudes who are at their peak J
Resources I Use To Stay Inspired | Rich Dad, Poor Dad (important read, so you don’t wake up with a massive mortgage, massive car and not-so-massive ladder-climbing income). Flipboard on iPad, the Technology feed.
Dreams And Ambitions | I’m interested in selling music at a grass-roots level in Africa. We’re looking at that currently. I would like to play Brixton Academy one day. We’ve already played Shepherd’s Bush Empire…but I’m not done yet J
The Best Advice I’ve Received | My dad told me to do a business degree at Uni even though I was desperate to do film. He said there’d be enough time to join a bunch of clubs, start a film society, and fool around in my spare time. He was right. I wanted to be in a band, or be a film director – I’ve realised that your business can create the environment, funding and introductions to let you fulfill your artistic passions at the same time.
On Inspiring Others | Mukuru prides itself on being a cool place to work. We’ve had almost zero churn since we started. I think opening up the excitement of what you’re building, and having colleagues realise they are part of that journey is key.
The Legacy I Would Like To Leave | I would like to build Mukuru into a household name for African remittances. I’d like for that platform to be far-reaching, totally instant, and as cheap as possible to send as little as possible.
Useful Link:
Website:             http://www.mukuru.com/
Website:             http://mannfriday.com/
Facebook:            https://www.facebook.com/robbie.burrell
LinkedIn:            https://www.linkedin.com/rob-burrell
Watch Mann Friday’s music video One Window in Paris:)
Share

Tanzania Government Bans Use of Cash in Payment of Fines

South Africa: More Artisans to Be Trained By Water Dept

Due to some generation units returning to service, Eskom has announced the cancellation of load …

Burrell you are an inspiration. Down to ear charastmatic real and passionate. Shining your light for shuwa. Well done!

2
© Copyright 2022, African Millionaires and Entrepreneurs. All Rights Reserved https://africanmillionaire.net, its sponsors, contributors and advertisers disclaim all liability for any loss, damage, injury or expense that might arise from the use of, or reliance upon, the services contained herein.
Posting....
error: Content is protected !!
wpDiscuz