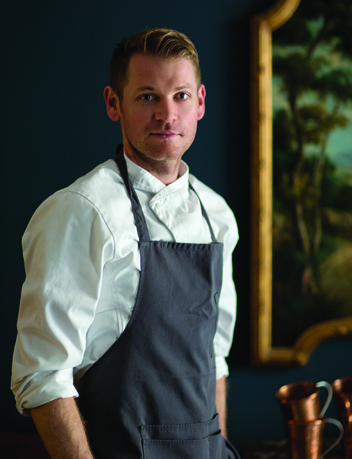 We could barely contain our excitement in February when local boy Jan Hendrik van der Westhuizen won a Michelin starfor his restaurant Jan, in Nice, France. Eat Out’s Katharine Jacobs caught up with Jan Hendrik while he was in Cape Town recently for the launch of his book, Jan, A breath of French Air.

First of all, I have to know about the Michelin star. How did you find out?

That was pretty incredible. I was in the kitchen eating malva pudding and the maître d’ ran in and said “Monsieur Michelin!”

The inspection guy came up to me and showed me his card and I couldn’t believe it. He told me it was really, really impeccable. Everything was so, so good. I was like, “Shit, are you kidding me! We’re on Michelin’s radar, that’s so cool.”

Then a while later, late at night, we got a call and I was busy in service and I refused to take the call. And the guy insisted and called back and said, “Whatever time chef finishes, he has to call me back.” I think I got through at almost 1am, and he said to me “Congratulations, your restaurant has won a Michelin star.” I couldn’t believe it. I got smashed on vodka. He said to me, you can’t tell anybody. But you’re flying tomorrow to Paris. I called 30 people right then and there; I couldn’t help myself.

How did you tell the staff?

The next day was an off day. I called everyone in at 10am, and they weren’t very happy about that! I said, “Please come, there’s been a disaster at the restaurant.” They all came in and when I told them they were so happy – some of them cried. It’s teamwork. It’s the biggest accolade a chef can dream of. My maître d’ is an old oometjie. He’s been a waiter or a maître d’ for his whole life – and for him – same as me – to open a restaurant from scratch and to get a star, that was incredible. I still get so, so emotional for me. It’s also the fact that they said to me you’re the first South African to get it.

How has the response been?

It’s been really amazing. While I’ve been back [in SA], people will walk up to me in Woolworths and ask, “Are you Jan?” And I’m like, oh what do I have in my trolley?! Yoghurt and bread…

In France it’s huge as well. They love a good story. A big newspaper in Monaco went viral with it. All the radio stations, TV. The response has been amazing. But with that comes the pressure. It was very rewarding to surprise people – we could blow their socks off. Now that we’ve got the star, people come with high expectations.

So, was the Bradley Cooper film accurate? Did the Michelin inspectors drop a fork and order a half bottle of wine?

I liked Burnt. There were lots of elements that were real, although it’s still the silver screen. It’s cool that it’s informing people about Michelin. They had a difficult time in the past to keep up with the new, but they’ve reinvented themselves. People used to say, “You have to do a mille feuille perfectly stacked, with perfect raspberries on top, and a tuile” – if you didn’t do that, you couldn’t get a Michelin star. But in the past 10 years they’ve gotten into the new trends and, of course, they loved the South African thing. 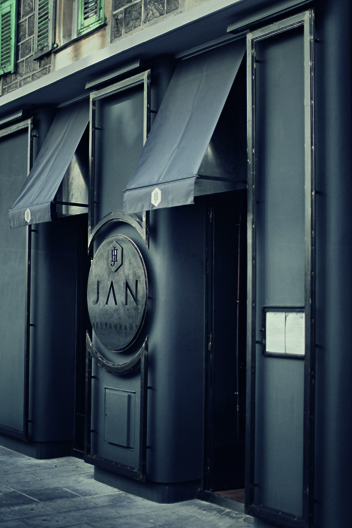 How do the French respond to South African food?

The French are quite particular. They need to recognise their own food. The moment you do a croquembouche, they’re okay with it. They’re not so worried what you put inside. If you stuff that with melkkos or milk tart, they think “that’s interesting”. We do adjust a lot of flavours. They don’t like cinnamon. They don’t like spices; they don’t like sweet and savoury together too much. They don’t like mint and chocolate together. I did peppermint crisp once, though, and they loved it! They couldn’t pinpoint that peppermint crisp flavour – it was so caramelly, so Tennis biscuitty (I brought a few boxes over from SA). I must put it back on the menu, actually!

The French are difficult, though. They always want to know the source of the produce, the origin of the recipe. The mosbolletjie proves on the table under a glass dome, and as the guests come in, they can touch it and smell it. It’s actually a brioche, which the French Huguenots brought to the Cape and the Afrikaners added aniseed. We have so many similarities in common with the French. The wine list is predominantly South African wine, though; my sommelier explains to them, “This Swartland blend is similar to a burgundy blend”. Same grape but quite different. It’s so fascinating for them – the difference.

We do predominantly French modern food with a touch of South African. I don’t think we can do fully South African – it’s too foreign – but it’s nice to introduce ingredients they don’t know about. To bring chutney and put Mrs Balls on the menu and to make biltong. They love it. 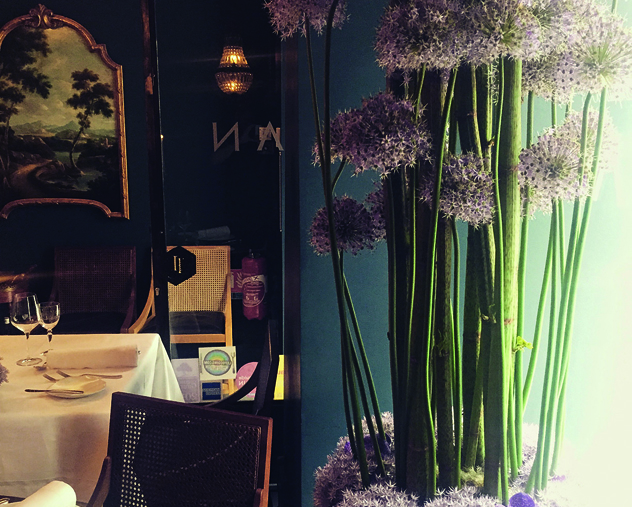 It does sound challenging to work in a foreign country. What would you say has been the biggest challenge?

Also, to walk into the front and not be able to communicate with my patrons. And people ripped me for it on Tripadvisor.

Produce was the other huge challenge. People didn’t know who we were or what we were doing, so we couldn’t get the best meat. You have to build up a relationship with a supplier. It’s absolute pride – not anybody can serve their. Charolais boeuf. And when the mushroom truck comes past in the morning, you need to know the guy, so he goes to the back of the truck and bring out the really amazing mushrooms. Since we got the star, they are queuing up to supply. It has changed. Even when we got mentioned in the first Michelin guide they started saying, “Okay…”

You’ve alluded to some of the dishes in the book – the croquembouche etc. How did the book come about?

I was consumed with the restaurant and I thought, “I have to document it; I have to do a memoir while I’m busy with the project”. It’s not something you do every day of your life: opening a restaurant in France.

The book was a one-man show; a hobby for me. I did everything myself – the styling, the photography, the testing, the dish washing… Every Sunday on my off days I would go into the kitchen and cook something; go back to all my files and research and play with things. I would probably be criticised quite hectically by professional food photographers and stylists. It’s really just what I think is beautiful. It’s such fun to not have somebody telling you what to do.

You’ve just won a Michelin star. Is this a book that gives away the secrets? Or is there also something here for novice cooks?

The book came out with very good timing. When people see the book, they have the expectation of this as a Michelin cookbook, but it’s really not. It’s a memoir of the staff food, spaghetti bolognaise, the chip-and-biltong sandwiches with Mrs Balls chutney, the perfect omelette. I would recommend people start with the scrambled eggs. If you can make scrambled eggs, you can make a lot of things; there’s so much technique to it. I think the bread, too. It takes two days to make the bread.

Which are your absolute favourite recipes from the book?

The tiramisu, the malva pudding, truffles dipped in choc, and probably the chip-and-Mrs-Balls sandwich. Those are my dirty little secrets. And then I love a soufflé – there’s a beautiful wild mushroom soufflé. I love eggs. I have a massive soft spot for eggs. I love pickles as well.

Jong, everybody asks this question. Is there gonna be a Jan in South Africa? There’s definitely a plan to come back to South Africa. France is all fab, foreign, amazing, butjis, I miss home very much, South Africa, Cape Town. Definitely the plan is to return one day. But the time and the place at the moment is at the restaurant. I don’t know if I’ll copy the concept; I’ve got way too short of an attention span and I get bored very quickly. I need to constantly do something else. That’s for the next interview!

Tanzania Government Bans Use of Cash in Payment of Fines

South Africa: More Artisans to Be Trained By Water Dept

Due to some generation units returning to service, Eskom has announced the cancellation of load …