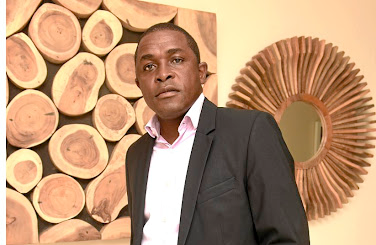 Blessing Mudavanhu has obtained a doctorate, worked on Wall Street, headed a bank and started his own financial advisory firm — all before reaching the age of 46.

The self-confessed mathematics nerd founded Dura Capital in New York in 2006, initially to make African investments. Early this year he stepped down as CEO of BancABC, which was recently taken over by Bob Diamond’s bank acquirer, Atlas Mara, to focus on his investment company.

Dura Capital has now expanded its focus to include risk advisory and analytics. Says Mudavanhu: “There is an apparent risk management and financial modelling skills vacuum in African financial markets, coupled with a lack of affordable and customised solutions offered by global financial advisory firms.”

Mudavanhu says Dura’s aims are to make risk management easy to understand and to encourage its implementation throughout organisations, especially at the level of senior management and the board of directors.

He would know, having joined BancABC as chief risk officer, a post he held for six years before being promoted to acting CEO in 2015. The bank had operations in Botswana, Mozambique, Tanzania, Zambia and Zimbabwe, and held a small interest in the Union Bank of Nigeria.

But, in working abroad, he says: “I came to realise that my experience and expertise would be better served when offered to a wider business audience, primarily in Africa.

“The risk advisory [business] also offers me a much better business and academic balance.”

Before joining the bank, Mudavanhu had an eight-year career covering risk on Wall Street, including stints at insurer American International Group and Bank of America Merrill Lynch.

It all began with a reluctance to read when he was growing
up in Zimbabwe, where he was born in 1971.

“I was a very unmotivated and reluctant reader in the early years of my education,” says Mudavanhu. “That, coupled with a curious desire to investigate form, structure and patterns [meant] I fell in love with mathematics.”

Mudavanhu says modern financial economics and mathematics were a natural fit for him. “Financial engineering — also known as financial mathematics, mathematical finance or computational finance — is the application of mathematical methods and concepts to the solution of problems in finance, banking or insurance.”

If that sounds a tad academic, it’s because he is an adjunct professor — he teaches risk management in City University of New York’s financial mathematics programme. He is also a visiting senior lecturer at Wits University’s School of Computer Science & Applied Mathematics, as well as a lecturer at its business school.

Mozambique: 280 Million Dollars Mobilised for ‘Energy for All’

By Tami HultmanA majority of Democrats in the U.S. House of Representatives have sent a …